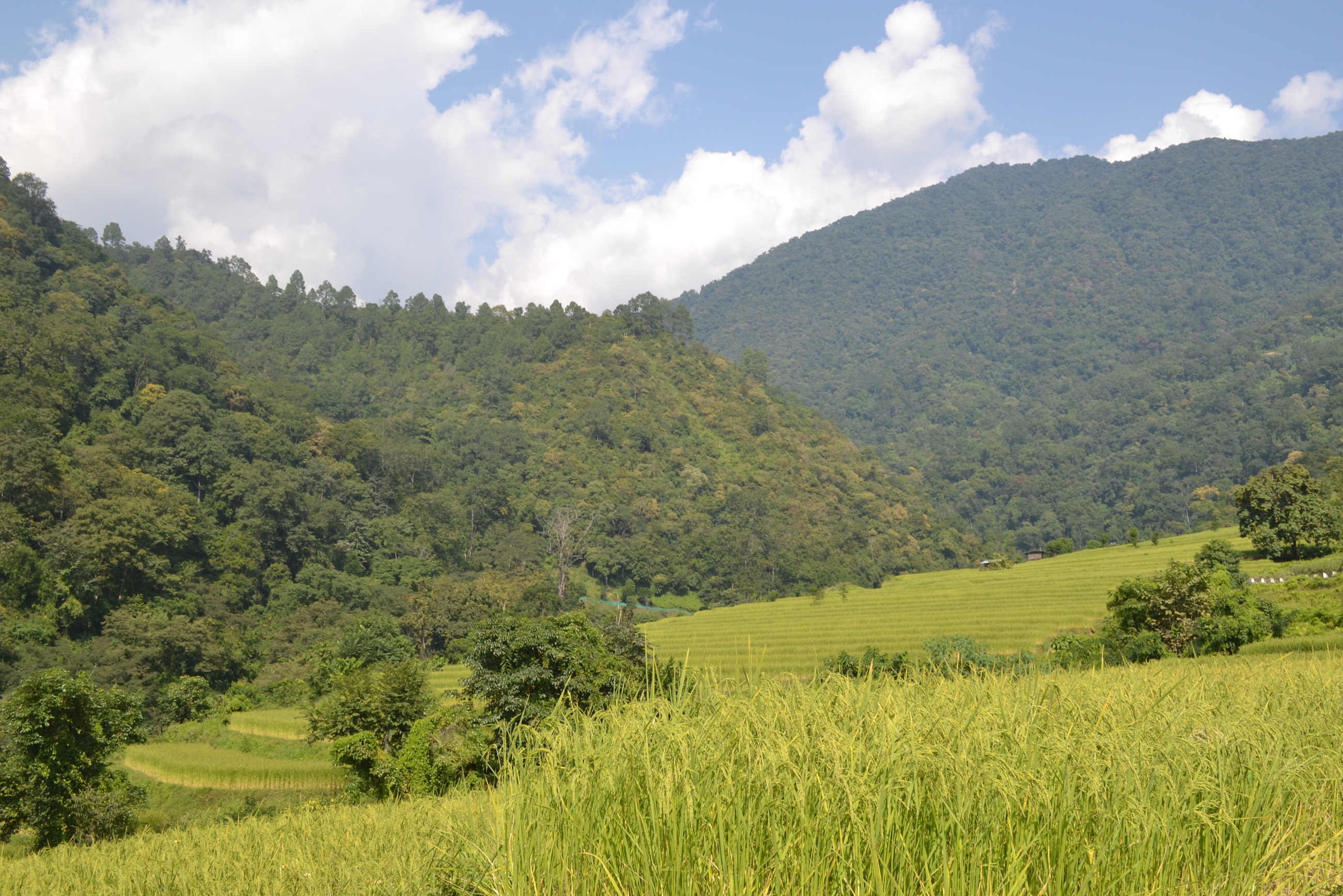 Bhutan is a landlocked country with sparse population in tiny agrarian settlements. Although Bhutan initiated its planned developmental activities only in early 60’s, considerable socio-economic development has been achieved. Each economic programme takes into account the government’s desire to protect the country’s environment and cultural traditions, thereby providing a safeguard against overheating and economic volatility. In a nutshell, the economy is still in its infancy.

Bhutan’s economy is based mainly on select sectors, such as agriculture, forestry, hydroelectricity and tourism. The country’s hydro power potential and its attraction for tourists are key resources. The Royal Government of Bhutan gets most of its revenue from selling hydroelectric power to India and intends to focus on hydro power projects as its major engine of growth. Agriculture consists largely of subsistence farming and animal husbandry, which are the main means of livelihood for over 60% of the population. Bhutan’s economy is challenged and remained underdeveloped due to the country’s rugged terrain and other topography constraints. However, there is no abject poverty in the living conditions of most of the people in Bhutan unlike the poor peoples in other third world countries.

Given agriculture is one of the mainstays of the economy of Bhutan, sustainable farming and food self-sufficiency and security have formed a core policy of the Royal Government for many years. Sustainable management of forestry, land, biodiversity, and water resources is vital for long-term sustainability of hydropower, tourism, and natural resource-based industries. Agriculture for food security is now taught in schools.

Bhutan has achieved a relatively high degree of food security. In a bid to make agriculture more sustainable, the Ministry of Agriculture and Forests developed and launched the National Framework for Organic Farming in Bhutan in 2007 with a vision to become a 100% organic nation by 2020 (now pushed to 2035). The organic flagship program is initially aimed at “high value, low volume” production of 12 organic products, namely buckwheat, quinoa, ginger, cardamom, mushroom, turmeric, trout, lemongrass oil, asparagus, beans, cauliflower and chilli. With farmers largely using forest litter and farmyard manure to cultivate crops, which are sustainable and environmentally friendly, part of the 100% organic policy rationale was to promote Bhutan as an organic brand internationally, which would help commercialise small-holder agriculture, alleviate poverty, and add value to the tourism sector. Since the establishment of the National Organic Programme (NOP) in 2008, there are currently 24 farmer cooperatives, three organic retailers and one exporter involved in organic production and marketing in the country. Organic agriculture was initiated to help in the production of safe and nutritious foods, besides helping the country meet other SDG goals like Good Health and Wellbeing, Climate Action and Partnership for the Goals. Moreover, it can create opportunities to engage youth and local farmers in organic farming. Current organic farming practices in Bhutan are still underdeveloped and hence assistance is sought from Denmark, as it is one of the largest growers of organic farm produce.

The industrial sector is technologically backward and largely dependent on cottage industries and other SMI’s. The relatively small size of the predominantly trade-based modern private sector is weak and indicates that there is a long way to go. According to the World Bank Report, the Bhutanese economy has grown substantially over the years and its future outlook remains bright.