According to research, the civilization in Bhutan dates back to at least 2000 B.C. Legend has it that the Tibetan Buddhist Saint Guru Rinpoche or Padmasambhava flew across the Himalayas on the back of a tigress and landed on the cliffs of the Taktshang temple (The Tiger’s Nest) and left the imprint of his body and his hat on the rocks, bringing Buddhism to Bhutan in the 8th century. Pre-Buddhist faith in Bhutan was animism and nature worship. This animist tradition protected the uniqueness of Bhutan’s social, cultural and ecological tradition. 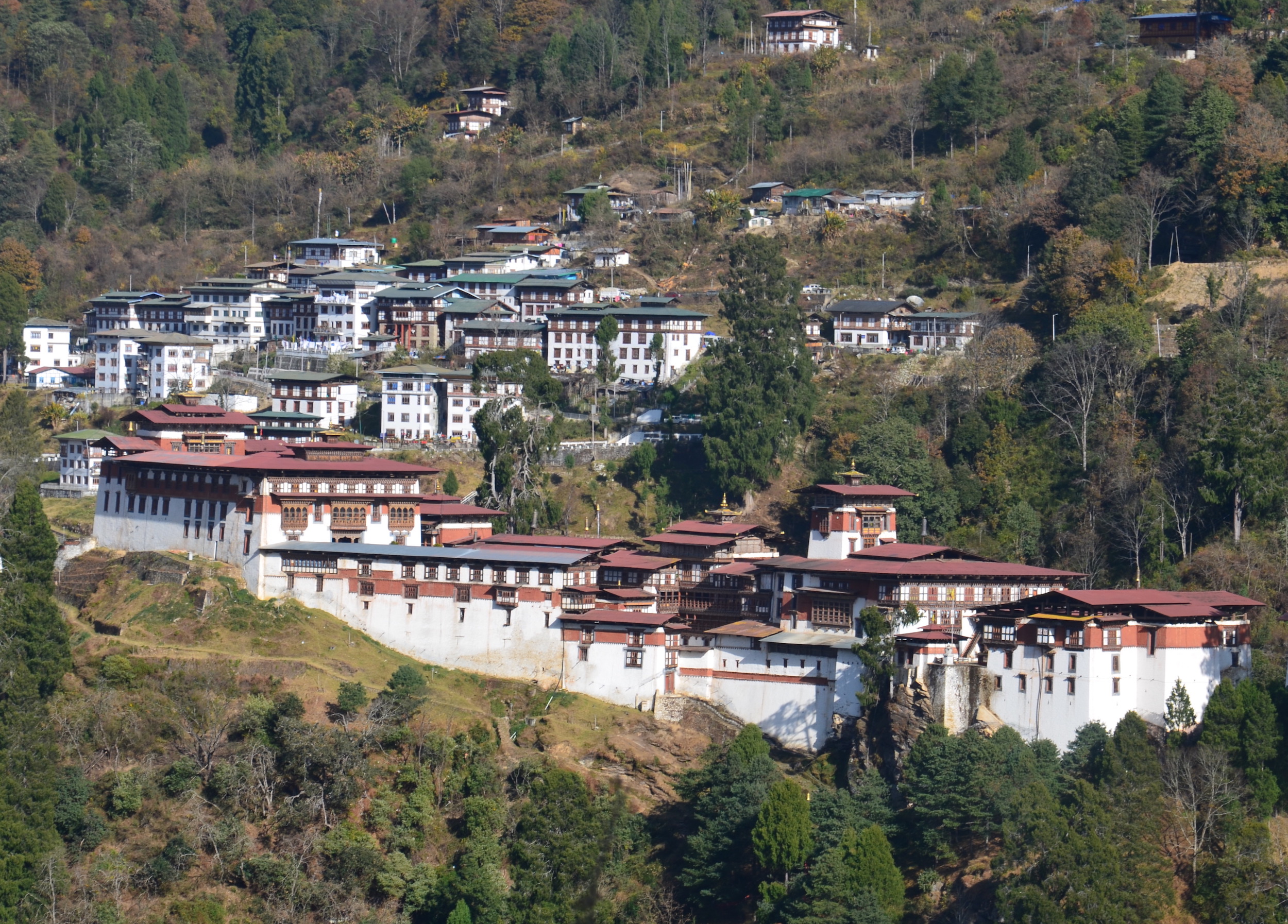 The country was first unified in 17th century by Zhabdrung Ngawang Namgyal, the great Dzong builder, who ruled from 1616 to 1651. He codified a comprehensive system of laws and built Dzongs that today serve as religious and administrative centres. Zhabdrung Ngawang Namgyal instituted the “dual system” of government between a civil administrative leader (the Druk Desi or Deb Raja) and a religious leader (the Je Khenpo).

In the next two centuries, Bhutan was once again divided into regional fiefdoms with intermittent civil wars. At the end of the 19th century, the Trongsa governor, Penlop Ugyen Wangchuck, who then controlled the central and eastern regions, overcame all his rivals and united the country. He was unanimously enthroned as the first Druk Gyalpo (King) in 1907, thereby establishing a hereditary monarchy system, which still remains in place today.

Some history of the Wangchuck Dynasty

Gongsa Ugyen Wangchuck was born to Trongsa Penlop Jigme Namgyal and Ashi Pema Choki in 1862 at Wangduecholing Palace in Bumthang. His father came from the noble family of Dungkar Chojie, descendent of Terton Pema Lingpa. His mother belonged to Tamshing Chojie, descendent of Lhalung Pelgi Dorji. Thus, he belonged to two of the most respected families in Bhutan. The first Druk Gyalpo ruled the country from 1907 to 1926.

The second King Jigme Wangchuck, who ruled the country from 1926 to 1952, was born to Gongsa Ugyen Wangchuck and Ashi Tsundue Lhamo alias Lemo, the second consort, in 1905. The three sons from his first consort Ashi Rinchen had all died in their childhood. Thus, the birth of Druk Gyalpo Jigme Wangchuck was a great joy to his parents and the nation as there was no heir to the throne. He was the re-embodiment of Geshey Mindruk, the learned monk who had actually introduced Ashi Tsundue Lhamo to the King. The Queen also gave birth to Dasho Dorji, Dasho Naku and Ashi Wangmo.

The third King Jigme Dorji Wangchuck was born to King Jigme Wangchuck and Ashi Phuntsho Choden on 2 May 1928 at Thruepang Palace in Trongsa. He ruled the country from 1952 to July 1972 and is fondly remembered as the father of modern Bhutan for his numerous reforms and modernizing initiatives. He is credited with having opened Bhutan to the outside world.

The fourth King Jigme Singye Wangchuck was born to King Jigme Dorji Wangchuck and Ashi Kezang Choden Wangchuck in Dechenchholing Palace, Thimphu on 11 November 1955. A few days after the Crown Prince lost his father; he took the reins of the government and the nation at the age of 17 in 1972 and became the youngest monarch in the world. He then ruled the country until the 14th December 2006 and abdicated the throne in favour of his son, Crown Prince Jigme Khesar Namgyal Wangchuk in November 2008.

The fifth King was born on the 21st of the second month in Nineteen Hundred and Eighty corresponding to the Iron Monkey year of the Bhutanese Lunar calendar, is the eldest son of His Majesty Jigme Singye Wangchuck and Her Majesty Tshering Yangdon Wangchuck.

By the turn of the 21st century, Bhutan had moved to embrace democracy, had established a Constitutional Monarchy and held Parliamentary elections, Bhutan’s first national election, was held in March 2008. The Druk Phuensum Tshogpa, (Bhutan Peace and Prosperity Party) won a landslide victory 44 out of 47 seats in Parliament, making Jigme Thinley, the first Prime Minister of Bhutan in April 2008.